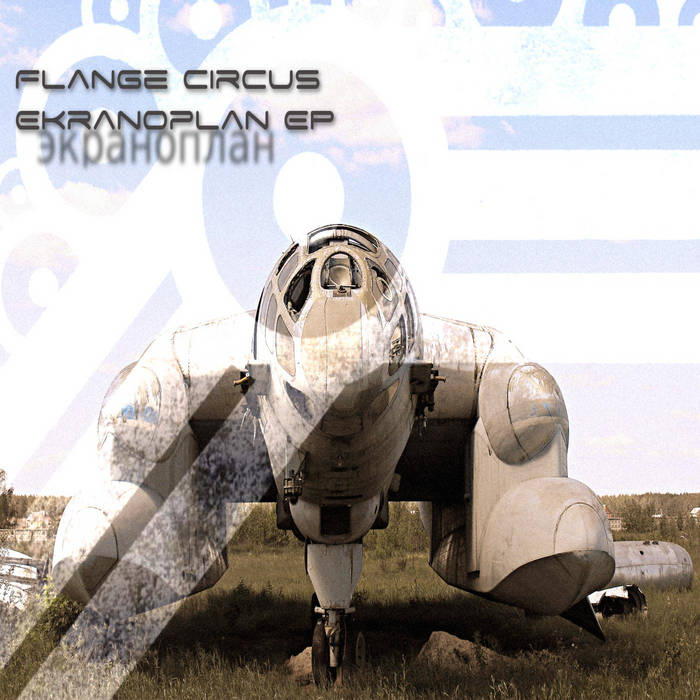 The EP wears it's influences on it's sleeve; Krautrock (especially Neu!), Delia Derbyshire and her maties at the BBC Radiophonic Workshop, eighties left field electronica (early Cabaret Voltaire, Severed Heads etc) and brings them all together in five tracks of variety and depth. This EP is truly amazing, full of surprises and twists and turns; defying any lazy categorisation. (Dayz of Purple & Orange: dayzofpurpleandorange.blogspot.co.uk/2015/01/review-flange-circus-ekranoplan-ep.html?m=1)
==========
"Most bands who try not to pigeonhole themselves still come from an identifiable place on the music spectrum. While having a strong 80s synth flavour, Flange Circus have a post rock approach that takes in many other styles and have created an EP that could have been made anytime." (Colourhorizon: colourhorizon.wordpress.com/2014/10/08/flange-circus-ekranoplan-ep-2014/)
==========
"the most interesting record inspired by both Neu! and modern transport systems since Super Furry Animals’ ‘Inaugural Trams’, and the band is to be congratulated for its originality" (Both Bars On: bothbarson.wordpress.com/2014/08/03/flange-circus-ekranoplan-ep/)
==========
"Track title of the month has to go to Flange Circus' excellent expansive ode to Krautrock, 'Pork Parade (In A Gold Lamé Suit)'." (Drowned In Sound: drownedinsound.com/in_depth/4148099-drowned-in-manchester--august-2014)
==========

Produced, mixed and mastered by angrybonbon.
Written by Flange Circus.

Thanks: KMH & DCH, Miss S, Stack, and for all the support and belief of our friends and family, and especially you.